You are at:Home»Nutrition»Snacks»Mincemeat and Apple Tart
Snacks

The perfect Christmas pudding for a cold winter's evening 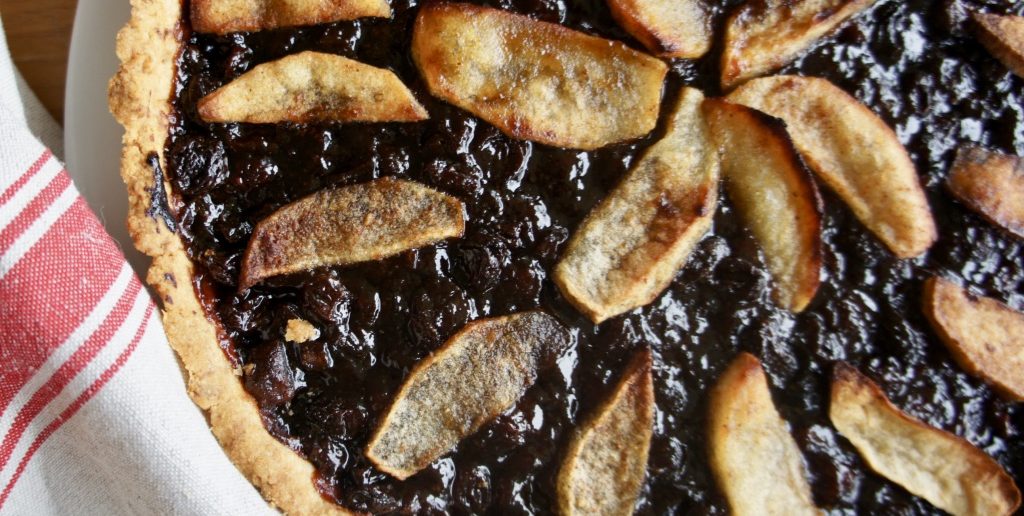 This is a lovely Christmassy recipe that makes a good alternative to mince pies, or as a way to use up any leftover mincemeat after making mince pies.

Either way, it’s delicious and easy to make, and if you make your own mincemeat without added refined sugar or use a naturally sweetened store-bought one, then it won’t deliver quite as much of a sugary hit as regular mince pies. Added to that, the pastry is grain free, protein-rich and low in carbohydrates, so you can indulge with a relatively clear conscience…

Preheat the oven to 170 degrees C.

Make the pastry in a food processor – place the ground almonds, cassava flour and coconut sugar and pulse to combine, before adding the butter/spread and pulsing to form crumbs. Then add the egg and blend until it resembles pastry but don’t over mix it – take it out and bring it together with your hands, form it into a ball and chill in the fridge for half an hour.

Meanwhile, heat the 20g butter/oil in a frying pan and add the apple slices and cinnamon, cooking gently for about 5 minutes until slightly softened but not too soft or they will break. Remove from the heat and set aside to cool.

Roll out the pastry between two pieces of parchment paper, then transfer to a 20cm tart tin and press it in, filling in any holes/gaps that may appear. Using a fork, prick some holes over the pastry and bake it in the preheated oven and bake for eight minutes until just golden, then remove from the oven. Any leftover pastry can be kept for a few days in the fridge, or used straight away to make a few mince pies.

Spread the mincemeat over the pastry in the tart tin, arrange the apples over the top in a decorative pattern and bake in the oven for 15-20 minutes, being careful not to let the edges of the pastry burn.