You are at:Home»Training»Fitbit introduces message quick-reply and menstrual tracking
Training

Smartwatch manufacturer Fitbit is rolling out some interesting updates to it’s Versa and Ionic smartwatch. The two interesting standout features include a quick text response and female health tracking, which will help women track their menstrual cycle.

Like many other smartwatches, you will now be able to respond to texts from your phone or other messaging services such as WhatsApp and Facebook Messenger. For now, this will only be available to Android users and will only allow pre-written responses to messages on the screen which were previously only for reading. Responses are basic and include “yes”, “no”, “sounds good”, “can’t talk now”, “will reply later” and “what’s up”? You can also set up your own responses from the app (such as “I’m out and about and replying from my Fitbit watch”). 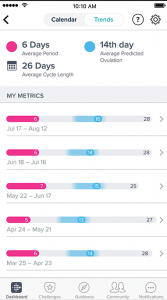 Female health tracking has had a huge update and enables women to see how their menstrual cycle interacts with other data which they are already used to seeing on their smartwatches, such as sleep, weight, and food intake. Once you agree to start tracking this you need to answer a few questions about the length of cycle and last period and then start logging.

From then women will also be able to register the intensity of the bleeding, discharge consistency, and other menstrual and pre-menstrual symptoms, including acne, breast tenderness, and cramps. Once this continues to be logged Fitbit will be able to accurately interact this with your other data and make predictions for you.

Fitbit also claims this will them be able to let you know how many days until your next period, your fertility window as well by swiping up on the watch face. So it will be beneficial for couples as well.