You are at:Home»Travel»Amsterdam is another city banning Airbnb-style short term rentals
Travel

We love renting Airbnb’s at Short Motivation. When we’re out on location, it enables us to book a base for a period of time and then head out looking for local areas for a shoot. If we find an Airbnb with a pool, often we’ll use the pool for some shots, too. Bonus.

The downside is that these short-term rentals bring competition that takes away trade from local hotels, officially-licensed businesses who lease rentals around a city and, frankly, aren’t regulated. Anyone can put their home on the site for rent. Most Airbnb’s are self-entry and the owner has no idea what’s going on at their property until they get a complaint from their neighbours.

As a result, city councils are making it harder for owners to lease out their property on sites like Airbnb. Amsterdam is the latest city to ban short-term rentals and, at the same time, increase tourist tax from 4-6% to a straight 7%. Amsterdam claims the reason for the change is a result of complaints from locals who state they never know their neighbours, anti-social behaviour and that profiteers are buying properties with the intention of renting them out, thus pushing up the price of apartments across the city.

This new rule is implemented after Palma, Majorca passed a very similar law banning short-term unlicenced rentals and claiming they are fining Airbnb €300,000 for advertising these rentals without permission from the local government. Rising rental costs were cited as the primary reason, with a 40 percent increase over the last 5 years, primarily as a result of non-regulated tourist rentals up around 50 percent, representing 20,000 of the properties in the city of Palma. According to the Palma City Hall, complaints against anti-social tourists quadrupled between 2014 and 2017.

Of course, it’s worth adding that these rules also affect other sites such as HomeAway, VRBO and similar short-term rental sites.

The interesting question is, will these sites remove these cities from their search options. We went back to Airbnb and ran a search on Palma, Majorca. We did notice a distinct lack of individual apartments. We also went back to our old “Palma” wishlist and noted none of the previously saved apartments were listed or available. It’s definitely having an effect then. We also noted that Palma properties that were listed, highlighted the fact they were officially licenced rentals. 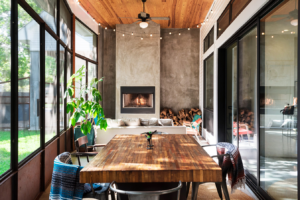 Airbnb recently implemented ‘Plus’ for a more curated, licenced and approved rental option (but with a higher rental price)

It also becomes a mess, too. The city of Palm Springs added various new rules to short-term rentals (you can see some of these new rules on the Airbnb website) restricting rentals. Worse, when we booked an Airbnb, the owner asked us for an additional $100 in taxes away from Airbnb, which seemed very suspicious to us – so the listed prices on Airbnb do not include these extra municipal taxes paid directly by the owner to the local council.

In the UK, where there are strict rules on listing prices with taxes to consumers, this is borderline illegal: all prices displayed in any ‘shopping cart’ must include local taxes and you cannot be asked for additional payments not listed in the cart either during or after a transaction.

Maybe this is one reason for Airbnb launching the rather fantastic Plus, which brings tougher rules for the hosts, where each rental is individually inspected by Airbnb and cannot be cancelled more than once a year. They are also more expensive (starting at $200/night), licenced, verified and closer to renting a boutique villa rather than someone’s spare room.