You are at:Home»Travel»2018’s “most exciting city” revealed. Can you guess the city?
Travel

2018’s “most exciting city” revealed. Can you guess the city?

What makes an exciting city for you? The culture, the people, the nightlife or perhaps it’s because it’s yet to be fully discovered so is relatively tourist-free? 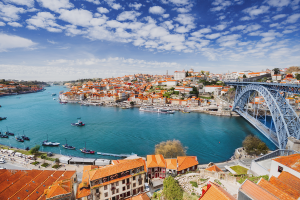 Porto. Surprisingly high up the list and worthy of a long weekend.

An exciting city makes for a great long weekend away, if the variables are right. We’ve been to cities such as Barcelona and, frankly, we don’t always see the pull – it’s often packed, even in December. Packed and hot. On the flipside, head to Porto and it’s far quieter, yet just as cool. And you won’t be surprised to hear Porto is now viewed as one of the most exciting cities to visit (so our ‘far quieter’ reference might not hold).

Time Out has announced it’s “City Life” index for 2018 and it makes for some interesting reading. Time Out ranked cities based on these variables: food, drink, culture, friendliness, affordability, happiness and liveability. 15,000 residents were surveyed, across 32 cities.

The usual candidates are listed, as you’d expect. Melbourne is up the list in fourth place. Austin is in thirteenth place, whilst Manchester is up in seventh. However, there are some interesting twists. Porto is listed as second and the overall winner is….Chicago. You weren’t expecting that, were you? So, Chicago was voted number one most exciting cities.

Before we offer our opinion, here’s the list in full:

Manchester rated higher Lisbon? Don’t get us wrong, Manchester is a seriously ‘happening’ destination, but would you proactively choose to spend a long weekend in Manchester? We’re not so sure. We can’t imagine a family from Germany picking Manchester over Lisbon for a weekend away, nor could we imagine a family from Italy thinking they’ll knock Madrid on the head and head to the cloudy North West of England instead. 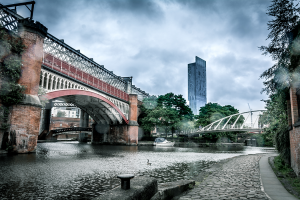 Manchester. A lot going for it, a great city, but would you choose this over Porto?

And herein lies a problem. Residents were allowed to vote and we’re certain residents of Manchester love their city (and rightly so, there’s a lot going for it). But, does this mean it’s the most ‘exciting’ and ‘desirable’ to outsiders? Probably not. That’s why this index combines the cost of living, the happiness of the people and less about how warm the climate or the number of outdoor sports available.

Our conclusion here is you pick the city that’s right for you, if you’re visiting. There’s a reason people return to Barcelona. We’d also advise to try new destinations. Instead of returning to Lisbon, try Porto instead. Instead of Barcelona, consider Madrid. If you’re planning a trip to the States, give Miami a miss and consider Austin. You might be surprised.

Give the Time Out “City Life” 2018 index a view for a more information about each city.

So, what’s your most exciting city and why? Let us know.