Flying long haul is expensive, especially from Europe across the Atlantic, although thankfully it’s slowly improving through airlines such as WOW and Norwegian. IAG, the owner of British Airways, announced in March that they are going to start a new low-cost carrier named Level, flying out of Barcelona. Level finally starting flying this week.

Level will start with two Airbus A330 aircraft to serve North America from its Barcelona hub and fares start at only €99, one-way. The first flight will serve Los Angeles but there are more destinations arriving soon as Level will increase their fleet to five. The forthcoming destinations include San Francisco, Buenos Aires and the Dominican Republic.

Our advice is hop on the booking system soon as 100,000 tickets have been sold already. Six types of fare are available, with the most basic option offering a simple hand luggage facility, which could prove problematic on a long haul flight which requires a 5 day stay. Top tier Premium Economy includes a meal and a larger and more comfortable seat. Wifi is also available for purchase on-board which is a bonus option as this isn’t readily available on most carriers offering transatlantic flights. 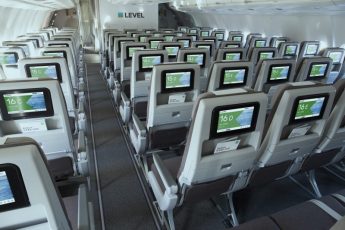 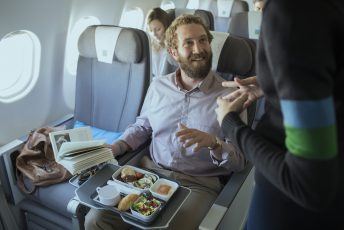 Eventually, Level will also operate out of other cities as Willie Walsh, CEO of IAG explains: “This is just the start. In summer 2018 we will have more aircraft and will operate more destinations from Barcelona. We’re also planning to expand Level operations to other European cities.”

Level will provide direct competition to Norwegian Airlines who started the transatlantic low-cost carrier competition since the launch of the Boeing 787, a new plane which made cost-effective long haul a possibility. Norwegian started flying between small cities but now serve several big cities as well and have an additional 30 Dreamliners on order as they continue to expand.

Competition will hot up as well as Iceland’s WOW expand their options with flights from London, Bristol and Edinburgh to Chicago from £139. Lufthansa’s Eurowings subsidiary (from merger with GermanWings) is increasing flights to Florida and Seattle.

Increased competition for long haul budget flights can only be good news for people who want to explore the globe on a budget.