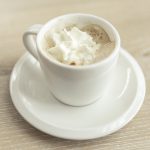 Is milk really as good for us as we have been led to believe?

Milk and other dairy products form a large part of the Western diet – whether at breakfast time, in tea and coffee, puddings or sandwich fillers, we tuck in believing it to be a healthy food, essential for delivering the calcium we need for strong bones. So successful has the milk marketing board been in delivering this message that most people couldn’t imagine how they could be healthy eating a diet that doesn’t include dairy.

But with more and more people giving it up in favour of dairy-free alternatives, it begs the question, is milk really as good for us as we have been led to believe? That depends on several factors – while some people appear to tolerate it without any problems, there certainly is a darker side to dairy that people may not be aware of and I don’t mean its saturated fat content, which is behind the more mainstream criticism of dairy but not one I agree with. Instead, dairy products may promote food sensitivities and allergies, skin and respiratory problems, plus there may be links with some more serious chronic health problems. There are also important issues around milk production and processing that may affect our health. 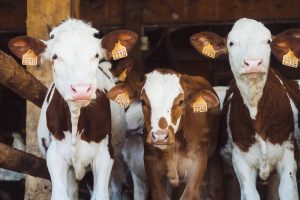 The first thing to question with dairy is its place in our diets from an evolutionary perspective. Cow’s milk is a relatively recent addition to the human diet, and while we seem to be adapting slowly to the extended intake of milk beyond weaning and into adulthood, it appears that a significant proportion of us just haven’t evolved to digest or tolerate it effectively. We are the only mammals that drink milk beyond weaning, and while this doesn’t necessarily mean we shouldn’t do it, the fact that we choose to drink the milk of another species vastly different to ourselves and designed to foster the rapid growth of calves, could underpin and explain the problems and adverse symptoms associated with consuming milk.

Lactose intolerance is the most common problem associated with milk, whereby lactase, the enzyme needed to digest the milk sugar lactose, is deficient. This typically causes diarrhoea, bloating, cramping and excess gas – in fact up to 25 per cent of Americans and Europeans are lactose intolerant and only a third of people have evolved to produce the enzyme lactase into adulthood, beyond the typical age of weaning. Milk sensitivity or allergy on the other hand, is often caused by a reaction to the protein portion of milk, known as casein. Symptoms of dairy allergy, sensitivity or intolerance may include:

Casein can also trigger a reaction in those sensitive to gluten via a process called molecular mimicry, whereby the casein in dairy produce is structurally so similar to gluten that the body can get confused and react to dairy as if gluten has been consumed instead. This can explain why some people that avoid gluten may not get better if they are still eating dairy products. 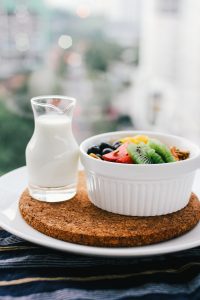 Cow’s milk contains many hormones designed to fuel the rapid growth of a calf during the first few months of its life, which are arguably not appropriate for human consumption

Cow’s milk and other dairy products have been linked in numerous research studies with atopic conditions such as eczema and asthma, especially in children, although many do appear to grow out of this reaction in time. Dairy products can trigger inflammation generally, including increased mucous production in respiratory passages, which may aggravate certain respiratory conditions such as asthma. There may be links also between dairy ingestion and mucous production in the digestive system, which may prevent efficient nutrient absorption and irritate the gut lining.

Cow’s milk contains many hormones designed to fuel the rapid growth of a calf during the first few months of its life, which are arguably not appropriate for human consumption. In fact the hormone IGF-1 in particular has been studied, and while results are mixed, there is some evidence that suggests a link between IGF-1 and hormonal cancers such as those affecting the breast, prostate and colon. Skin health may also be affected by plentiful dairy intake too, with acne being another possible adverse symptom of exposure to higher levels of the hormone IGF-1.

Many argue that part of the problem with dairy products lies in the modern intensive farming and milking processes involving high levels of pesticides in the cow’s diet, routine use of antibiotics to prevent and treat the mastitis that commonly occurs, as well as the processing of milk and milk products including reducing the fat content, adding emulsifiers and flavours, and pasteurisation, which strips away the natural enzymes and nutrients necessary for digestion. So perhaps the key to enjoying dairy is to eat it in its more natural, full fat, organic and even raw form, and avoid the processed cheese, yoghurt drinks, flavoured milks, low fat and intensively farmed milk found in most supermarkets. 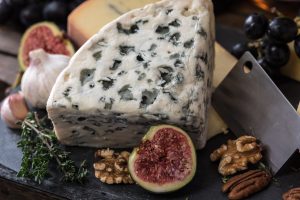 Eat it in its more natural, full fat, organic and even raw form, and avoid the processed cheese, yoghurt drinks, flavoured milks, low fat and intensively farmed milk found in most supermarkets

It’s important to note that dairy does deliver health benefits – it’s a good source of protein which can help keep blood sugar balanced; it contains healthy saturated fats that support immune function, help us absorb fat-soluble nutrients and protect the liver from damage; plus full fat dairy, in particular grass fed butter, contains omega 3 fats and some specific compounds that have been found to have beneficial effects on our health, such as butyrate, phytanic acid, trans palmitoleic acid and conjugated linoleic acid. And finally, dairy is also a decent source of the fat-soluble vitamins A and K, which can be tricky to obtain elsewhere in the diet.

But what about calcium, don’t we need dairy for strong bones? The short answer is no, not at all. In countries such as Japan, where dairy is not routinely consumed, their rates of osteoporosis are far lower than that found in Western populations whose diets contain higher levels of dairy products. But how can this be? Well in a nutshell, it’s a myth that dairy is the best food for bones – bones need more than just calcium to be healthy. They also need vitamin D, vitamin K, magnesium, potassium, zinc, copper, phosphorous, B vitamins, vitamin C, phytoestrogens, carotenoids and essential fatty acids. Calcium alone is not enough to build healthy bone, and so focusing on a high consumption of dairy products may not be the best strategy for increasing bone mineral density or preventing osteoporosis. There are many foods that contain plenty of calcium, plus many other minerals needed for bone formation, including dark green leafy vegetables and salads, tinned fish with bones, pulses, nuts and seeds, and blackstrap molasses.

Don’t we need dairy for strong bones? The short answer is no, not at all.

With all this in mind, as long as you tolerate dairy products, you can certainly include it as part of a healthy diet, just perhaps not in the large quantities or processed forms we currently consume – the following recommendations may be helpful: