You are at:Home»Nutrition»Belly Fat – what is it, what causes it and what to do about it
Nutrition

Belly Fat – what is it, what causes it and what to do about it 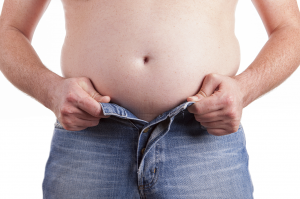 As a nation, we’re becoming fatter – that’s a fact

Worldwide, rates of obesity have doubled since 1980, and The World Health Organisation has predicted that in the UK, 74% of men and 69% of women will be overweight by 2030. But there is a type of obesity that is especially harmful when it comes to raising our risk of health conditions like diabetes, cancer and heart disease. I’m talking about abdominal obesity, or put more simply, belly fat.

Belly fat comes in two forms, subcutaneous fat and visceral fat. Subcutaneous fat lies just below the surface of the skin, it’s that unsightly wobbly spare tyre, the inch you can pinch, and the reason you feel nervous about showcasing your midriff on holiday. But belly fat also lies deeper, hidden from view, wrapping itself around abdominal organs. This visceral fat is where the real danger lies, and it is nothing like the fat found elsewhere on the body, such as on our arms, bottom and thighs. Visceral fat is metabolically active, releasing hormones and inflammatory substances, damaging health in a variety of ways.

The World Health Organisation has predicted that in the UK, 74% of men and 69% of women will be overweight by 2030

We now know that belly fat is often found with, and shares the same underlying causes as, diabetes, insulin resistance and metabolic syndrome, so much so that Dr Francine Kaufman coined the phrase ‘Diabesity’ which ranges from mild to severe and encompasses belly fat, high cholesterol, high blood sugar, high blood pressure and systemic inflammation. Diabesity is thought to affect around one billion people worldwide, and its incidence and impact is expected to rise significantly in the next 25 years. 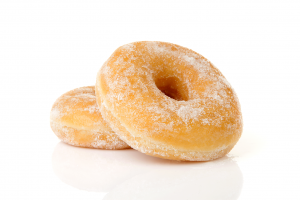 When we eat refined carbohydrates, including sugar, our blood sugar rises steeply

Belly fat is a relatively new phenomenon, and in the last fifty years women’s bodies in particular have changed, with only 8% now having the hourglass figures famously sported by Sophia Loren, but instead there is a growing shift towards thicker waists and 46% of women are now described as rectangular with waists less than nine inches smaller that their hips. We know that this is bad news when it comes to our health, but why is it happening?

Of course these things are never simple, and there are many possible contributory causes of this increase in belly fat, including diet and lifestyle factors, lack of sleep, poor digestion and detoxification. But there are two particular areas of our diet and lifestyle that appear to be instrumental in driving this unhealthy change to our shape.

The first is an excess of sugar and refined carbohydrate in our diet. Over the years we have been sold the low fat, low calorie model of losing weight and as a result have overeaten low fat foods high in carbohydrates and diet foods containing hidden sugars. Ironically this has turned out to be the worst possible approach to losing weight, and the evidence can be seen all around us as rates of obesity and diabetes have soared. The mechanism by which sugar and refined carbohydrates make us abdominally obese involves the hormone insulin. In a nutshell, insulin is a hormone secreted by the pancreas to control our blood sugar, among other things.

Over the years we have been sold the low fat, low calorie model of losing weight and as a result have overeaten low fat foods high in carbohydrates and diet foods containing hidden sugars

When we eat refined carbohydrates, including sugar, our blood sugar rises steeply. Insulin is then secreted in large quantities to remove this excess sugar from the bloodstream, and while some can be used to fuel our activity, most of it will be stored in the muscles, in the liver, and a large amount in the fat cells around the central area of the body. This is a primal mechanism put in place during the millions of years spent hunting and gathering, allowing us to store fat as a source of fuel when food was scarce.

When we eat sugars and starches regularly during the day, our insulin levels stay elevated and we end up stuck in fat storage mode. Processed foods often contain a particularly damaging sugar called high fructose corn syrup, which can lead to fatty accumulation in the liver and further belly fat storage. A diet rich in refined carbohydrates and sugars, and the blood sugar imbalance it creates, causes powerful sugar cravings leaving you stuck with belly fat that’s very hard to shift. 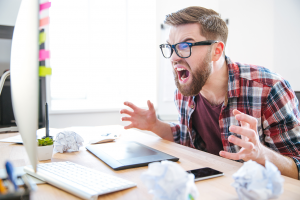 There’s a strong association between stress and obesity

The second factor that drives belly fat is stress. That may come as a surprise considering stress doesn’t involve food, but it is becoming clear, with the help of overwhelming scientific evidence, just how strong the association between stress and obesity actually is in terms of no only making us abdominally fat in the first place, but also preventing us from losing the weight thereafter despite our best efforts. Stress as a single word doesn’t mean much.

Most of us think of stress as a feeling of tension or angst that occurs when you’re stuck in traffic, running late, or feeling under pressure at work, but it can simply be thought of any factor, internal or external, that taxes and exceeds the ability of the individual to cope.

For the benefit of understanding the link between stress and belly fat, it’s important to know that when we’re under any kind of stress, our bodies enter fight or flight mode, an ancient and beautifully orchestrated system designed to cope with the more primitive types of acute, short-lived stress we once faced. The trouble is our modern-day world is at odds with this fight or flight system. While our worries and problems may not be life threatening, our stressors now tend to be chronic, numerous, unresolved, and leave us unable to physically respond to the stress in the way we are designed to, such as fighting or running, and then resting afterwards.

There’s overwhelming scientific evidence, between how strong the association is between stress and obesity

But why does this make us fat? In one word, cortisol. Cortisol is our main stress hormone, which alongside adrenaline, sets our fight or flight response in motion. Most of us are living lives that place excess demands on cortisol secretion every day. Elevated cortisol is the key factor in why stress makes us fat because it leads to high blood sugar levels which stimulate fat storage, a reduced ability to burn fat, increased tendency to store fat around the middle, and an increased appetite for sugar and starch. It’s easy to see why when faced with regular stress, we are much more likely to gain weight around our middle, and not be able to lose it.